Monosodium glutamate is a very stable sodium salt from the glutamic acid family that occurs naturally in many foods such as tomatoes and cheese. This salt was first discovered by a German scientist in 1866.

Monosodium glutamate is used in the food industry as a flavoring and in the pharmaceutical industry. This chemical can be obtained from the hydrolysis reaction of some plant proteins in the presence of hydrochloric acid. C₅H₈NO₄Na is the chemical formula of this chemical. 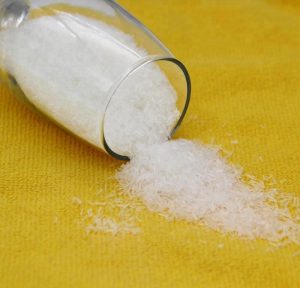 Under standard conditions, the appearance of MSG is a white powder.

This salt is also naturally present in the human body and the body needs a certain amount of it. The US Food and Drug Administration (FDA) has classified monosodium glutamate as a safe substance for humans.

Asia is one of the largest proprietary producers of monosodium glutamate and accounts for more than 90% of its production in Asia.

Although the use of MSG is included in the category of safe substances, long-term use of substances that contain this salt, in the long run, can lead to side effects such as headaches, increased heart rate, and nausea.

The chemical structure of MSG is as follows:

In the following, we will become more familiar with the applications and physical and chemical properties of this chemical.

Physical and chemical properties of MSG:

This chemical is easily soluble in water but is often insoluble in organic solvents. chemically It is a stable compound in the form of white crystals and has no specific odor.

High temperatures and hot environments can cause it to decompose and its long-term consumption affects weight gain. The most important physical and chemical properties of MSG can be summarized in the following table:

Synthesis and production of monosodium glutamate:

The production of MSG can be done by three different methods, which are summarized as follows:

The first method is the hydrolysis of plant proteins with hydrochloric acid, which in the second method can be obtained by direct synthesis of acrylonitrile to remove its bonds, the last method which is the most common method of production of MSG and industrial products of this substance, done by bacterial fermentation.

Benefits of glutamate for the human body:

Glutamate is the most abundant neurotransmitter in the brain, such as essential for healthy intestines, bones, muscles, and the immune system.

Positive effect on brain function and growth: As a stimulatory neurotransmitter, this chemical sends signals to the brain and aids cognitive functions such as memory, learning, and information processing.

Low and sometimes high glutamate levels have been linked to schizophrenia and other mental disorders, such as bipolar disorder and major depression. this means that it is a vital neurotransmitter, but too much or too little can harm cognition and mood.

It is the main source of energy for the absorption and metabolism of nutrients.

It can protect the inner wall of the gut by helping to produce the antioxidant glutathione.

It may prevent gastrointestinal damage due to Helicobacter pylori activity and long-term use of nonsteroidal anti-inflammatory drugs, such as aspirin.

Glutamate is also involved in sending nerve and non-nerve signals to bones and muscles. This neurotransmitter is important for bone health and is potentially involved in the treatment of a variety of bone diseases.

Applications and Uses of MSG:

The most important applications of monosodium glutamate in various industries are as follows;

Used in the food industry and in the production of processed foods as an additive to enhance the quality of taste, enhances the taste of food, and as an extract in the production of sausages, canned vegetables, beverages, ready-to-serve soups, and snacks. Tasting salt is used. 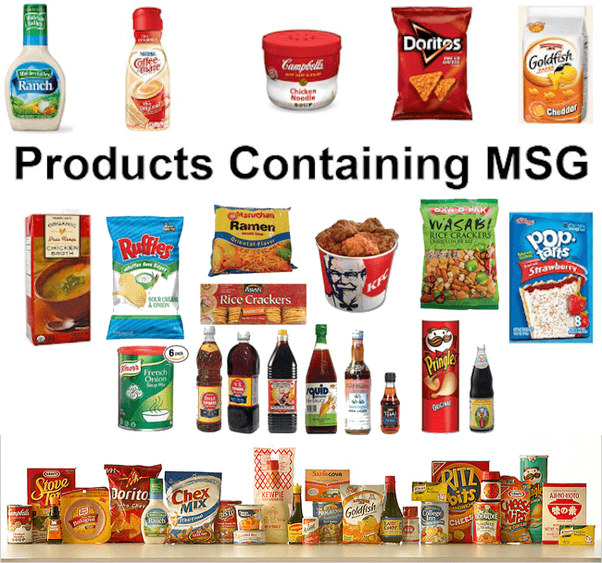 This substance has a therapeutic effect on some liver diseases.

Ian salt is used as a flavor enhancer in agricultural products and animal and poultry feed.

Safety and side effects of MSG:

Consuming large amounts of it can be a problem for some people who are allergic to it, because the liver is involved in the detoxification and metabolism of various substances, so it may be directly affected by toxic chemicals or their metabolites. Examination of monosodium glutamate-fed rats revealed signs of liver damage after 10 days of continuous use.

Consumption of large amounts of monosodium glutamate can cause problems for children and adolescents, as well as damage to the retina. In children who are allergic to this substance, symptoms such as chills and seizures may occur and should not be confused with epilepsy.

Therefore, parents should be aware of the presence of unsuitable additives such as monosodium glutamate by reading the labels on baby food packages and cans and avoid giving these foods to their children.

Store it in a cool and dry place, away from heat and direct sunlight.